In 2014, the Texas Tech University Health Sciences Center (TTUHSC) entered the silent phase of the university’s first-ever capital campaign, The Campaign for Your Life, Our Purpose. The campaign's goal was to raise $100 million by the end of 2019, the 50th anniversary of the School of Medicine.

In early 2016, Wessel Creative was tasked with developing an identity system and multiple design elements for the campaign for its public launch. This was an all-encompassing project that required both print and digital assets, including a case presentation folder with corresponding inserts, stationery, event collateral, and design of the campaign website.

In December 2019, the university announced the campaign had surpassed its goal of $100m with more than $102.5m raised by its desired end date.

The biggest challenge with this identity was needing to incorporate several of TTUHSC’s established marks: the popular Texas Tech "double-T" logo, the TTUHSC name, and the already established marketing slogan of "Your Life, Our Purpose," which also had it's own logo.

The best solution was to keep things simple. The heart rate pulse is a universally recognized symbol of life and vitality. The simple, sleek, (university) red mark stands out against both a black or white background and made any design instantly recognizable as a campaign piece. It was flexible in its use and easily incorporated into several design elements throughout the campaign. Most importantly, it did not clash or detract the already established marks.

Additionally, the school has consistently used a hexagon shape or pattern into its day-to-day designs, so we incorporated a new hexagon pattern into the materials. 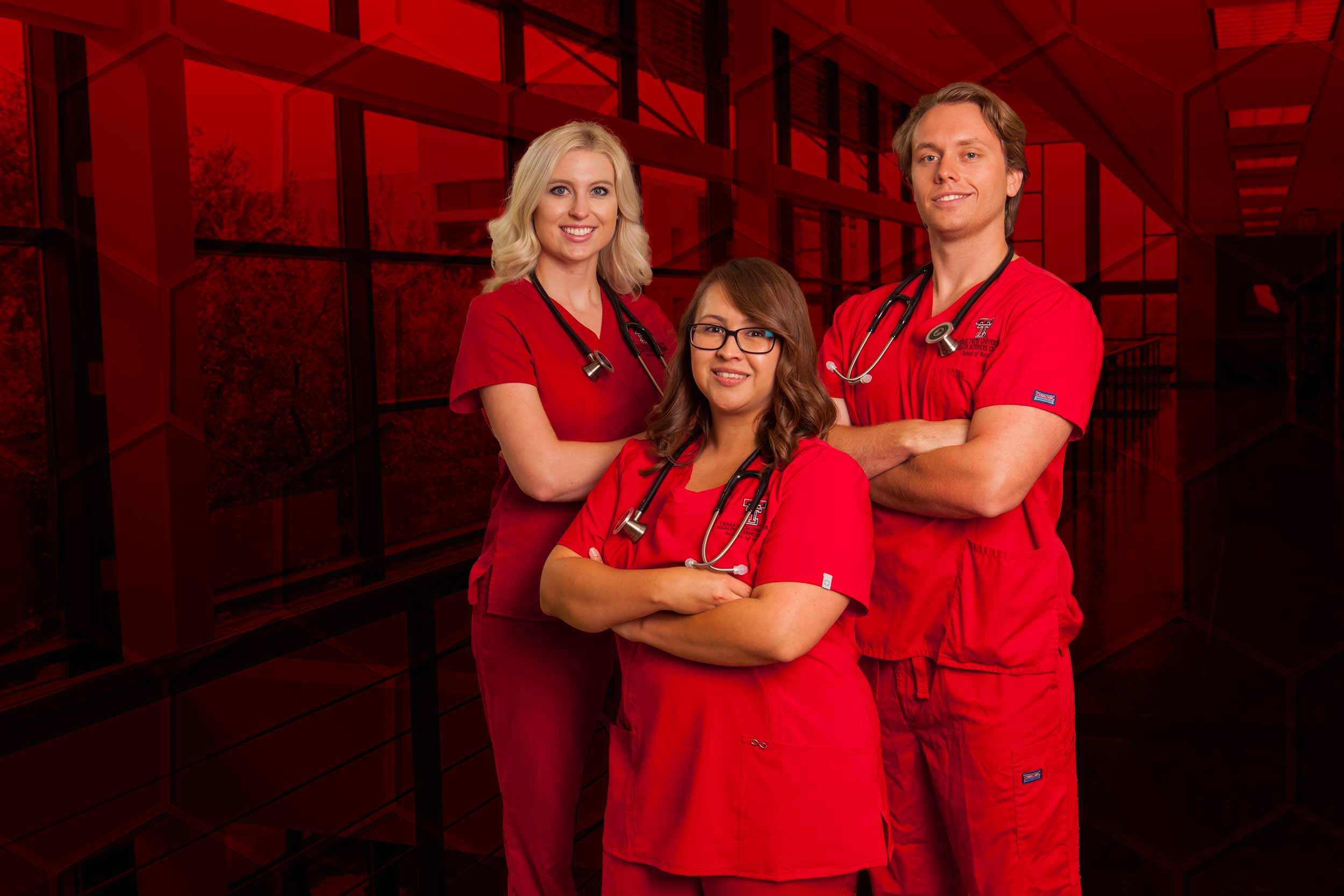 One of the more complex items to design was a custom presentation folder with corresponding inserts. The purpose of the folder was to give an overall vision of the campaign and case for support. The folder included the campaign creed, message from the president, campus map, and more. The inserts drill down to specific areas of focus: the three campaign priorities, the individual campuses, and the academic schools.

Several events were held as part of the campaign launch in November 2016. Below are several examples of the event collateral, including save the dates, menu cards, banners, signage, flags, and backdrop. 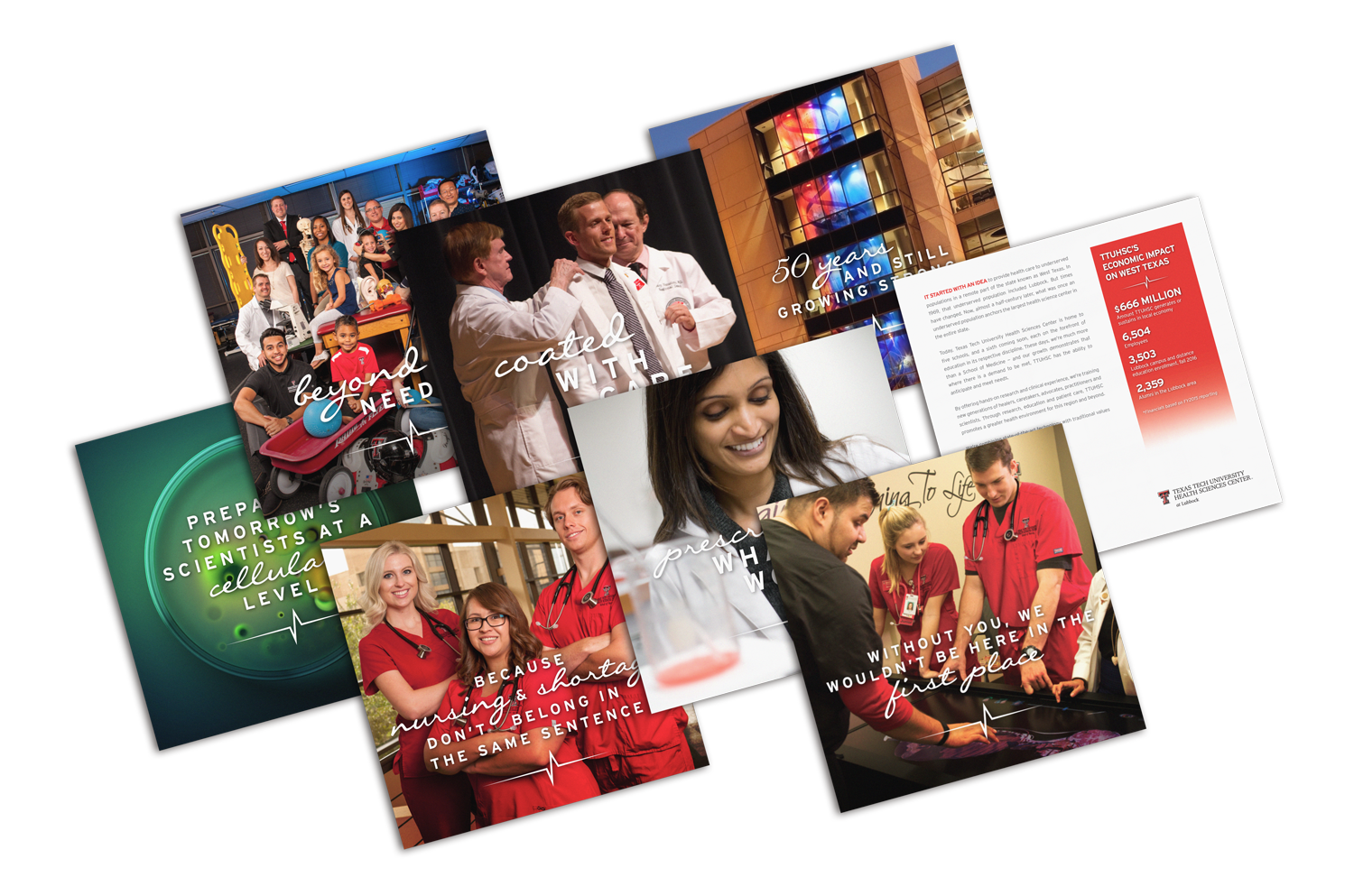 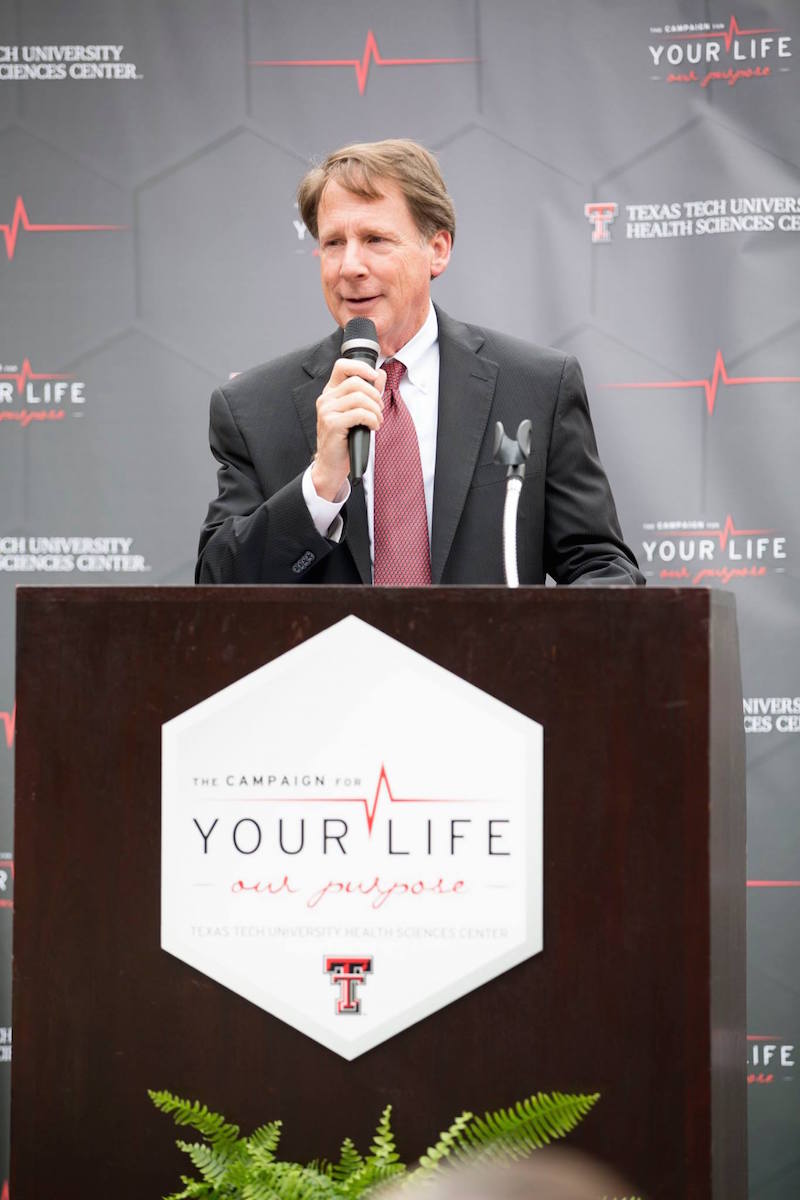 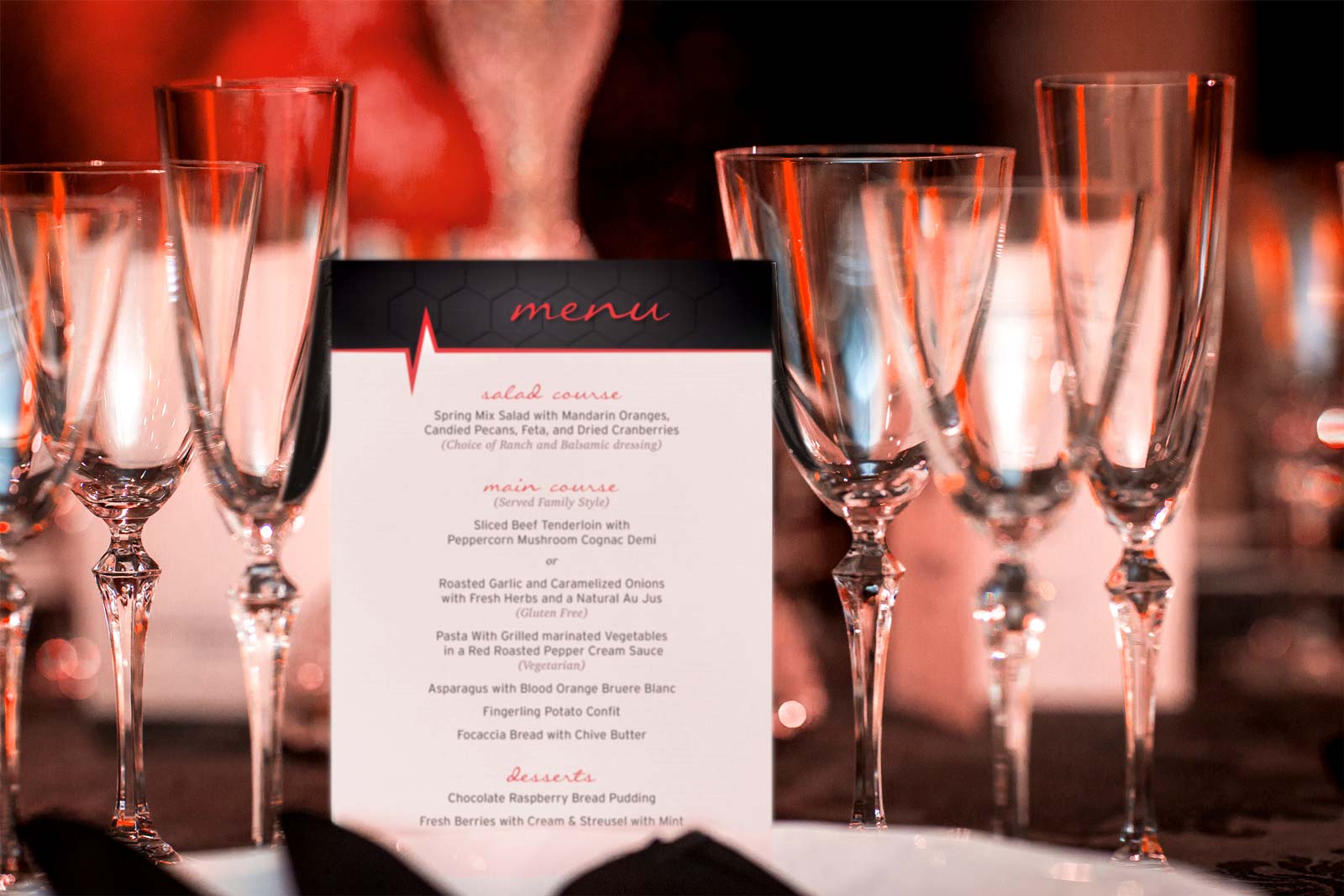 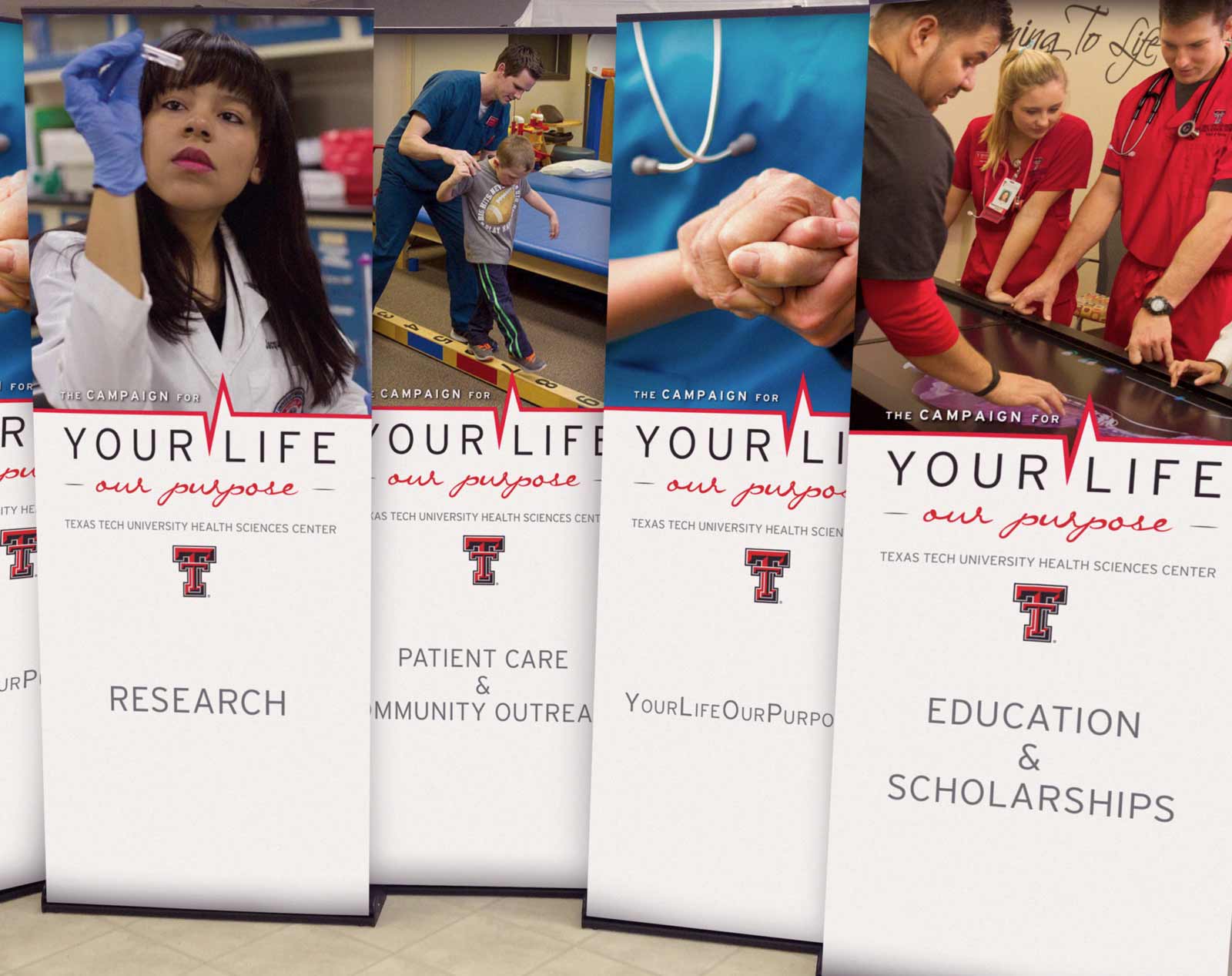 As all of Wessel Creative's designs, the focus is on vibrant colors and engaging imagery. This is particularly the case with websites. A website's home page stand out as soon as the site visitor arrives to entice them to dig deeper.

In this case, our hero image is quite literally looking into a microscope to look closer. This is further emphasized by the direction of her gaze, looking directly towards the buttons to learn more and/or watch a campaign video.

As you scroll, we further incorporate the campaign pulse icon to visually depict the campaign progress. This is so much more engaging and interesting to look at than a standard bar. We also see an interactive map of the state that shows the vastness of the university and its reach. By clicking a specific campus location, you can view more information about the offerings of that location. 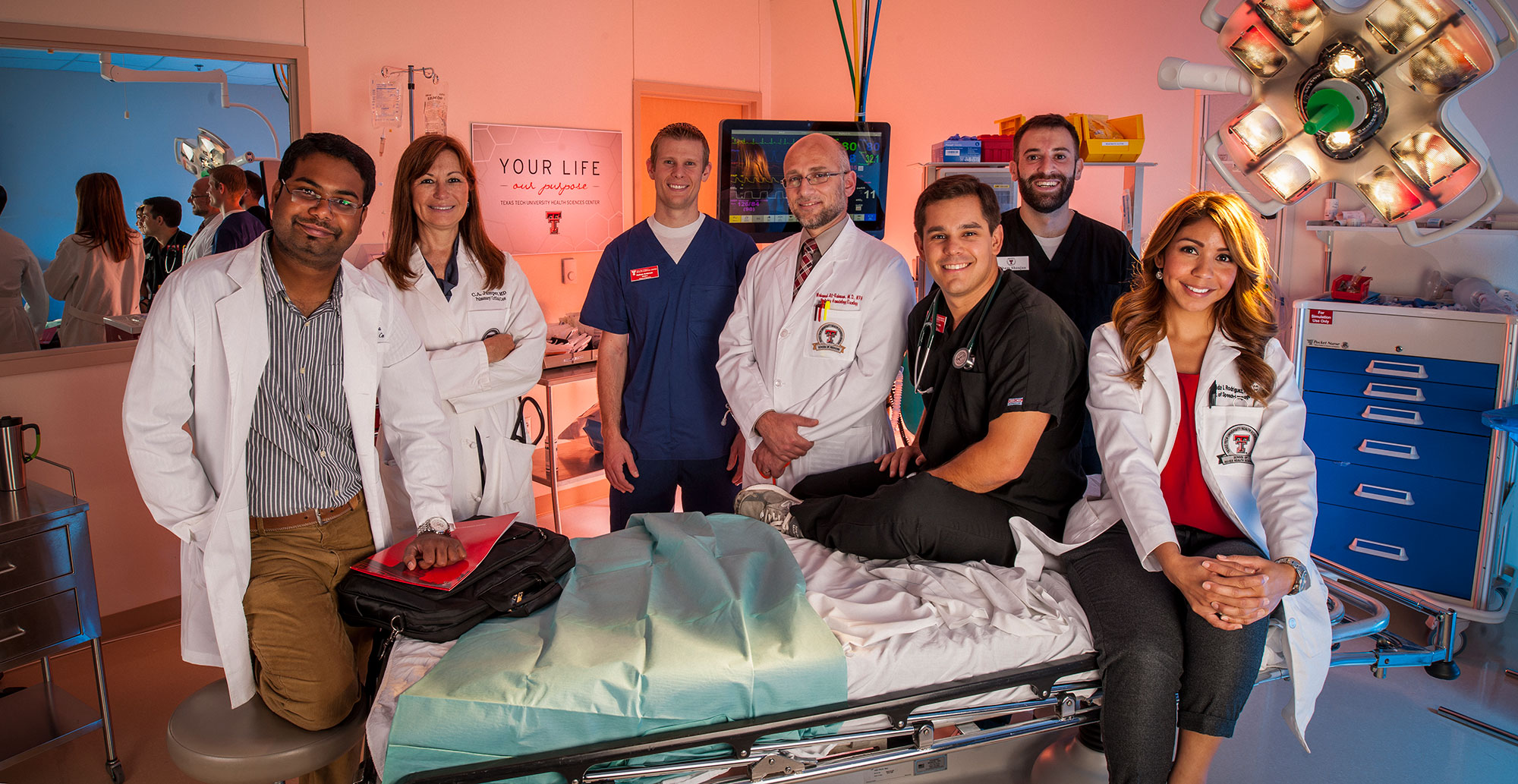