The UNC Charlotte Alumni Awards is an annual program that recognizes and honors 6-8 deserving alumni each year. The program lacked a strong identity and—with the awarding of several major CEOs and a few politicians—needed to feel more of an elegant celebration. Below is a snapshot of the rebranded program.

This project was completed as an employee of UNC Charlotte.

I determined that the event needed to be more of an elegant celebration feel to it as well as an identifying mark. I wanted the award itself to be the central mark - not dissimilar to the Oscars —so I honed in on a medallion that featured the school’s signature pickaxe (the mascot is the 49er). We first designed and produced the medallion itself to really customize it for the event, then designed materials around it as well. The medallions were also then made the focus of the stage, set on illuminated pedestals. 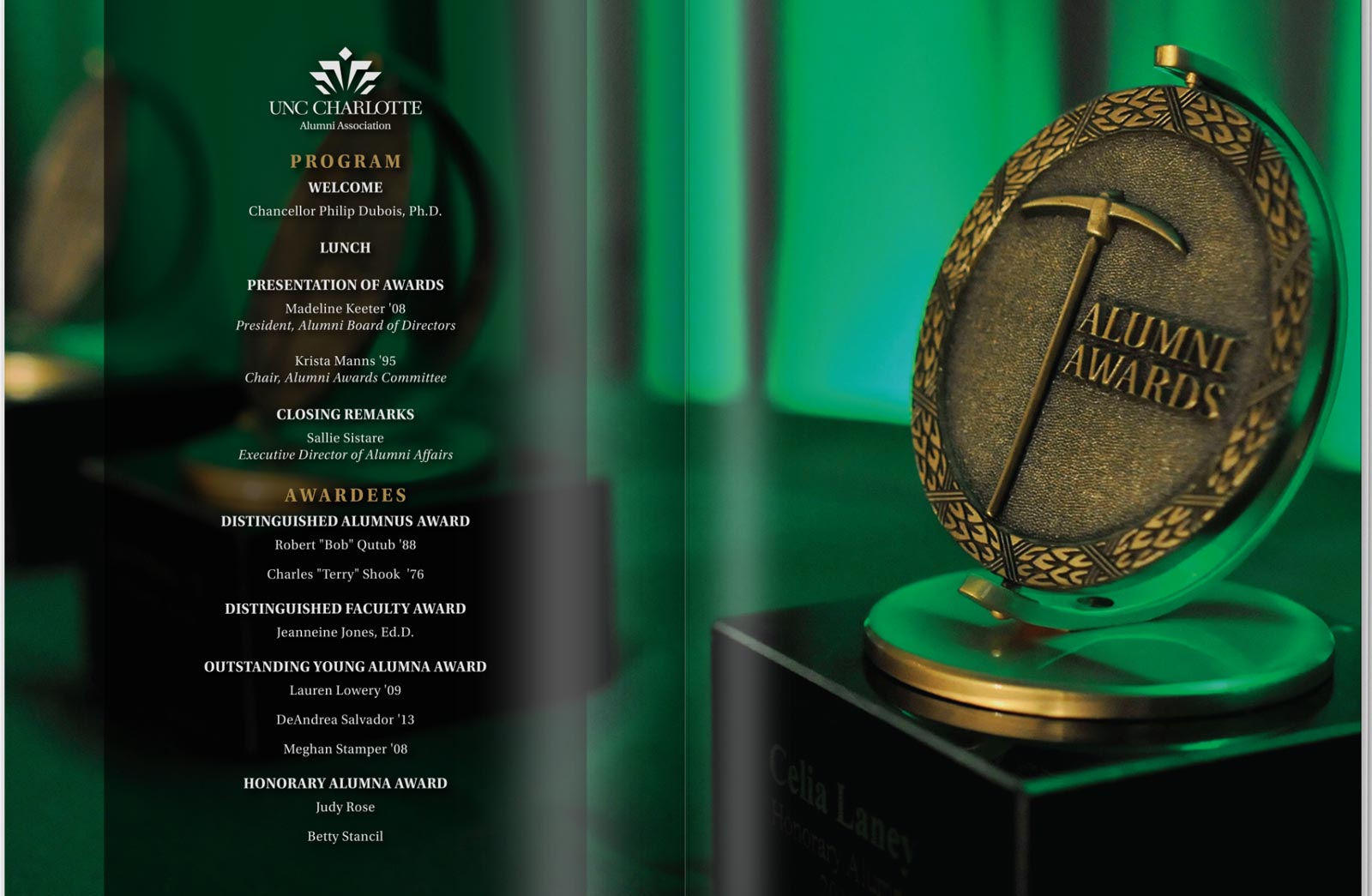 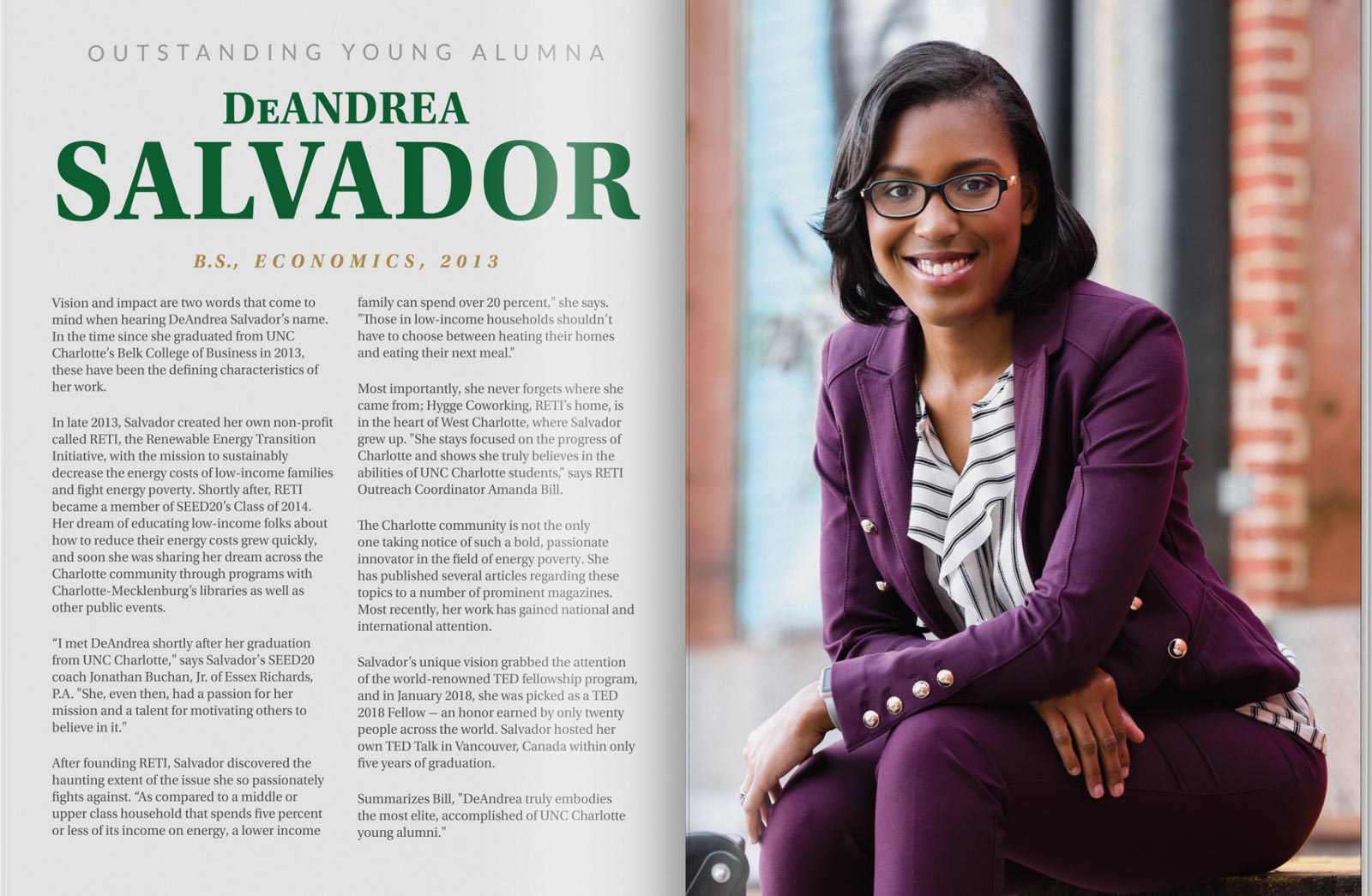 We shifted the celebration itself from an evening auditorium event to a three-course plated lunch and was moved to Uptown Charlotte to be more accessible to businesspeople to attend. We shortened the MC’s introductions of the awardees from 4-5 minutes of reading  biography down to about 30 seconds so that there was more time to focus on the awardees themselves.

The videos themselves were filmed before the ceremony to allow ample time for each awardee (or in some cases, others) to talk about anything they wanted. They were then edited down to 3-5 minutes each to accentuate the strongest story-telling points of who the awardee is and why they are receiving their respective award, and maximize the emotion. Below are three samples of awardee videos.

I was introduced to Tyler’s talents through our mutual work with the University of North Carolina at Charlotte’s Alumni Affairs organization. Tyler’s design talents and creativity are truly magical.